Capitalism is the economic system used in the UK and many countries across the world. The system entitles anyone to set up their own business with ‘market forces’ providing the potential to earn as much money as they can. Although it allows companies to progress at their own rate, as businesses are in competition with each other, the system is also said to encourage innovation. By utilising the power of modern technology and manufacturing techniques in order to make advanced products and other products more cheaply, turnover and profits can be increased and distributed to shareholders. Rather than the state controlling businesses, the capitalist system allows for the privatisation of companies with the new business owners and shareholders having the freedom to further maximise turnover and profits. Decisions on prices, products and supply to consumers are made by business owners to decide on the most profitable price they can charge for their products and the wages they give to their workers.

The constant desire to have the most advanced products on the market means the supply of raw materials is unsustainable. The earth’s resources are being exploited so the best products can be brought forward to the masses. Fossil fuels are being consumed at an unsustainable rate. Estimates suggest we may run out of fossil fuels by 2088. One of the reasons is the use of fossil fuels in the manufacture of products. Fuels will be used to produce initial prototypes of products that will never be seen by the public eye, but some people see this as a necessity to progress towards the future of products. But, either way it is using up the earth’s natural resources that could be used for the more necessary tasks of cooking, heating and as an energy source. Post-production, fossil fuels are still being used for the delivery, and the operation of the products in the form of electricity, petroleum and diesel. And this does not include the energy sources used to either scrap or reuse the raw materials of ex products. Although a lot of companies have focused their sights on producing environmentally friendly vehicles and products some companies still produce products that use an unnecessary amount of fuel such as super cars.

The reasons companies are exploiting resources is all because of their desire for money. Almost every activity we do is controlled or is focused around money as almost everyone has a need for it in the society we live in. But should it be that way? Surely the talks about equality are purely fictional and empty words as we can easily see this as we walk down a street and see such a difference in standards of living in such a small perimeter. You can have houses that accommodate up to three people but have four or five people living there purely because they can’t afford anything bigger or better. Then you have the trade buildings and offices that ooze wealth by displaying a needless range of materialistic items. Much of this money could go to a much more needy range of people, for example the homeless living in the shadow of these buildings with their thin blankets and one set of clothes which has to fit all the weather types, but ultimately relying on the excess and wasteful warmth given off from these buildings. Statistics taken in 2012 on homelessness in England reveal that there was 2,309 people sleeping rough in any one night, yet there is statistics that show that there is 279,000 second homes left vacant while this is happening.

Money just controls so much of you, and your life. Its imaginary value inevitably decides your future and health for you. As your future and health are very closely related, there might not be much of a future for you if you have poor health and could not work. You could even die at an early age. The reason money has such control over your health is because of reasons such as the difference in prices between good quality food and poor quality food. A large percentage of the general public does not have a lot of disposable income to afford good quality food in order to maintain good health instead the general public has to buy what they feel they can afford which is usually the poorer quality food. One in five people in the UK are living in poverty. Until action is taken to minimise that number or even completely wipe poverty out the country, there will still be people consuming proccesed food with high fat, salt and sugar content as well as using food banks. Statistics taken from a food bank charity show that 346,992 people used food banks for emergency food in 2012. The idea that buying poor quality food could provide you with saved money for the future seems quite wise at first, but then progressively as your health deteriorates due to your poor diet and standard of living, hefty medical bills will soon drain your bank account and erase any hope that the cheaper food was for the best. Sometimes it feels like there is no escape!

The ironic thing about money is how mankind sacrifices good health in order to earn money. This can be noticed by just observing people. You see people on public transport in their work attire with that stressed and worried look on their faces. They always seem very tired due to the lack of sleep which could be due to stress of work. An extreme manifestation of this is a case in an Apple factory in China where nine workers jumped to their death in the space of three months. The factory then fitted suicide nets on all the windows after that as they fear it could happen again. Their desire or possible need for money led them to take their own lives. It is almost seen as madness to not have a desire for money but society has created this image and people absorb it. The power of money manipulates almost everything we do. We are told we are free, but we are really not free. What does freedom feel like when you have no money? Everywhere you look there is an advertisement telling you to do certain things, consume this, don’t do that, buy this and you’ll look like that. That is madness. You see people stuck in the rush hour traffic and must wonder why they wanted to grow up so fast? Is it so they can do all the things society wants and tells them to do?

Money changes people, corporations exploit people so they can maximise profits. Monsanto is an example of this. Monsanto is an American multinational agricultural biotechnology corporation. They have been found to have created and sold chemicals such as the artificial sweetener saccharin which has confirmed links to bladder cancer and bladder problems. I conducted a short survey on six people asking if they think products with artificial additives are labeled enough with associated health risks and if they were aware of the connection with Saccharin and bladder cancer and bladder problems? 50% of the people thought that products are appropriately labelled yet 90% of the people were not aware that Saccharin is harmful to health. Monsanto are aware that Saccharin has been linked to illnesses and have released this statement, “although it is impossible to absolutely conclude that it poses no threat to human health, sodium saccharin is not reasonably anticipated to be a human carcinogen under conditions of general usage as an artificial sweetener.” They are on the side of money not humanity as they see their profits rising from producing harmful products for the masses to consume almost completely unaware of the health risks linked to them. Weapon producers are another example, they’re aware that the product they produce are designed to bring death to others but as there is big, big profits from it, why not? In the society we live in, we seem to be sacrificing our own health and well-being in order to have money, in order that we can participate in the system and not fall by the wayside. If we cannot look after our health, and well-being, the system will fail us, we may become ‘let go’, then unemployed, and then if we are unlucky, old or sick unemployable, and become a scourge on the system branded as a scrounger. Eventually we may become homeless and penniless. Our priorities and values are being manipulated by the need for money in our society, but is there an alternative to this system?

Some may feel the best alternative to capitalism is some form of socialism. Of course we do not want the discredited socialist systems of Chairman Mao’s China and the former USSR, but certainly a more enlightened system ably demonstrated in Scandinavian countries. By allowing people to feel more equal in an increasingly unequal society and acknowledging the essence of inequality it invests money back into the community so that people can get back to work and share the fruits of their labours. For people who are unable to work it can access the things they need, such as a roof over their heads, and decent quality food. This system relies on the people putting in the work, the more they put in the more they get out so this means that a lot more people could work. This has a positive effect on communities as people feel useful, this means things like stress and depression is decreased in countries with a more socialist perspective, as people feel they have a purpose and can make a difference to their own and to their family’s lives. 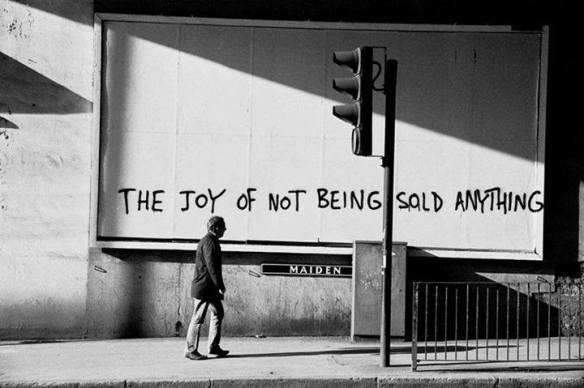